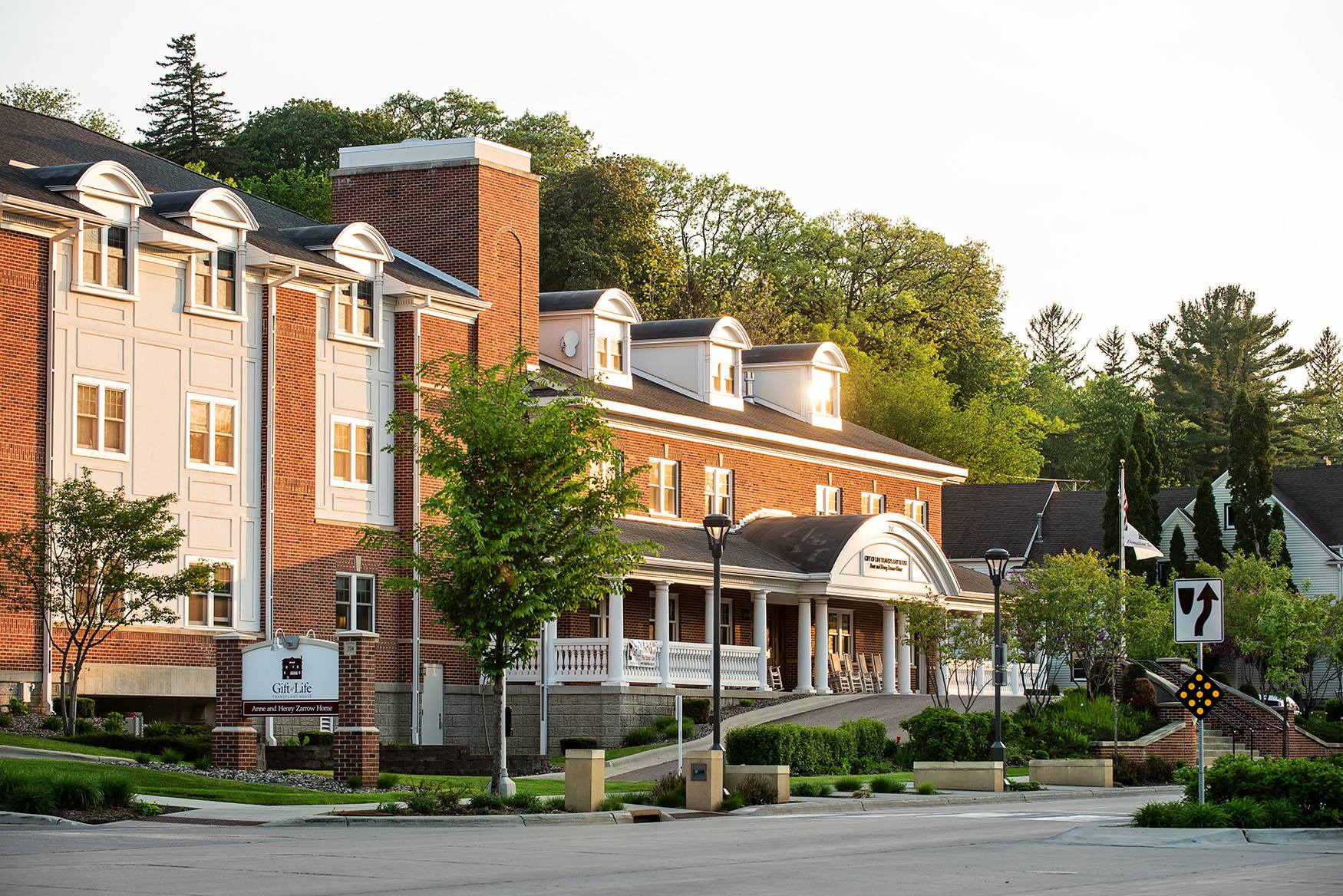 The Story of Gift of Life Transplant House

In 1973 Edward Pompeian received “the gift of life,” a kidney, from his mother, Helen. Ed’s personal experience with transplantation led him to believe that the health and well-being of transplant patients and their families would be better served by living in a home-like setting. For years after his transplant, Ed searched for a suitable home, finding it at 624 W. Center St. in August, 1984. Working with three Mayo Clinic Rochester employees, Mary Davie, Dr. Sylvester Sterioff, and Greg Warner, the 1st Board of Directors, Ed was able to raise community support and the funds for a down-payment. In December 1984, Gift of Life, Inc., officially opened its doors. The three-story, eight-guest-room, Craftsman-style house at 624 West Center Street, Rochester provided accommodations for 16. Requests for rooms grew quickly.

In 1988, the convent at St. John’s Catholic Church, Rochester, was leased to help meet needs. Guest-room capacity increased to 21. In 1991, an executive director and a facilities manager were hired, and plans for a larger home were drafted.

In 1994, Gift of Life’s Board of Directors purchased the Judd house, near downtown Rochester and five blocks from Mayo Clinic. Renovations along with adding a north-side wing to the house began immediately. In 2000, a west wing was added, bringing the total guest room count to 48. December of 2002, this wing was renamed in honor of our friend and benefactor, Norman L. Gillette, Jr., owner of Pepsi-Cola Bottling, Rochester/LaCrosse. By this time, Ed was being tested for a 2nd kidney transplant and received his 2nd kidney from his son in 2004.

The need for affordable lodging continued to grow and in November 2009, a second house opened across the street from the main campus. The additional 36 guest rooms at the Anne and Henry Zarrow Home made the Gift of Life Transplant House the largest transplant house program in the country at 84 rooms. From the beginning to today, almost 35 years later, providing a supportive home-like environment for transplant patients and their caregivers to heal has been the inspiration.

The story doesn’t end here. Each guest who makes Gift of Life Transplant House their ‘home away from home’ reinforces the vision of Ed Pompeian. Their courage, gratitude and appreciation inspire us every day and the same determination that Ed Pompeian had to provide affordable accommodations continues today.

The campus of Gift of Life Transplant House includes two homes: The Edward and Jayne Pompeian Home and the Anne and Henry Zarrow Home.

The Edward and Jayne Pompeian Home

The Edward and Jayne Pompeian Home was a private home built in 1911 for the Judd family. Dr. E. Starr Judd was the first surgical partner (1907) of Drs. Charles and William Mayo. Renowned as an exceptionally productive surgeon, Dr. Judd also found the time in his career to author 339 publications. Beginning in 1919, he simultaneously served as professor of surgery for Mayo Graduate School of Medicine and as chief of the surgical staff at Mayo Clinic. In 1923, he was elected president of the Minnesota State Medical Association, and later elected president of the American Medical Association.

In 1908, he married a niece of the Mayo Brothers, Helen Berkman, daughter of their sister, Gertrude. They raised five children in this home, two of whom pursued careers in surgery. Judd descendants still return to visit and support Gift of Life.

This Georgian colonial home, where the family once lived, is resplendent with mahogany, walnut, oak, and white-maple woods. Its library, two fireplaces, and carved wooden banister delight guests. Three of the four original bedrooms are still used as guest rooms at Gift of Life Transplant House.

The Anne and Henry Zarrow Home

After a needs study and considering various options, the Board of Directors of Gift of Life launched the “Expansion for Life” campaign in 2008 to raise funds for a second house. The final design adhered to the goals of providing a safe and clean home-like environment for patients undergoing medical treatment and supportive of family members as well – welcoming to all. The building opened in November 2009, making 36 additional guest rooms available for Gift of Life Transplant House. In memory of Sister Margeen Hoffmann, who passed away on August 3, 2007, a peace and healing garden was incorporated on the grounds.